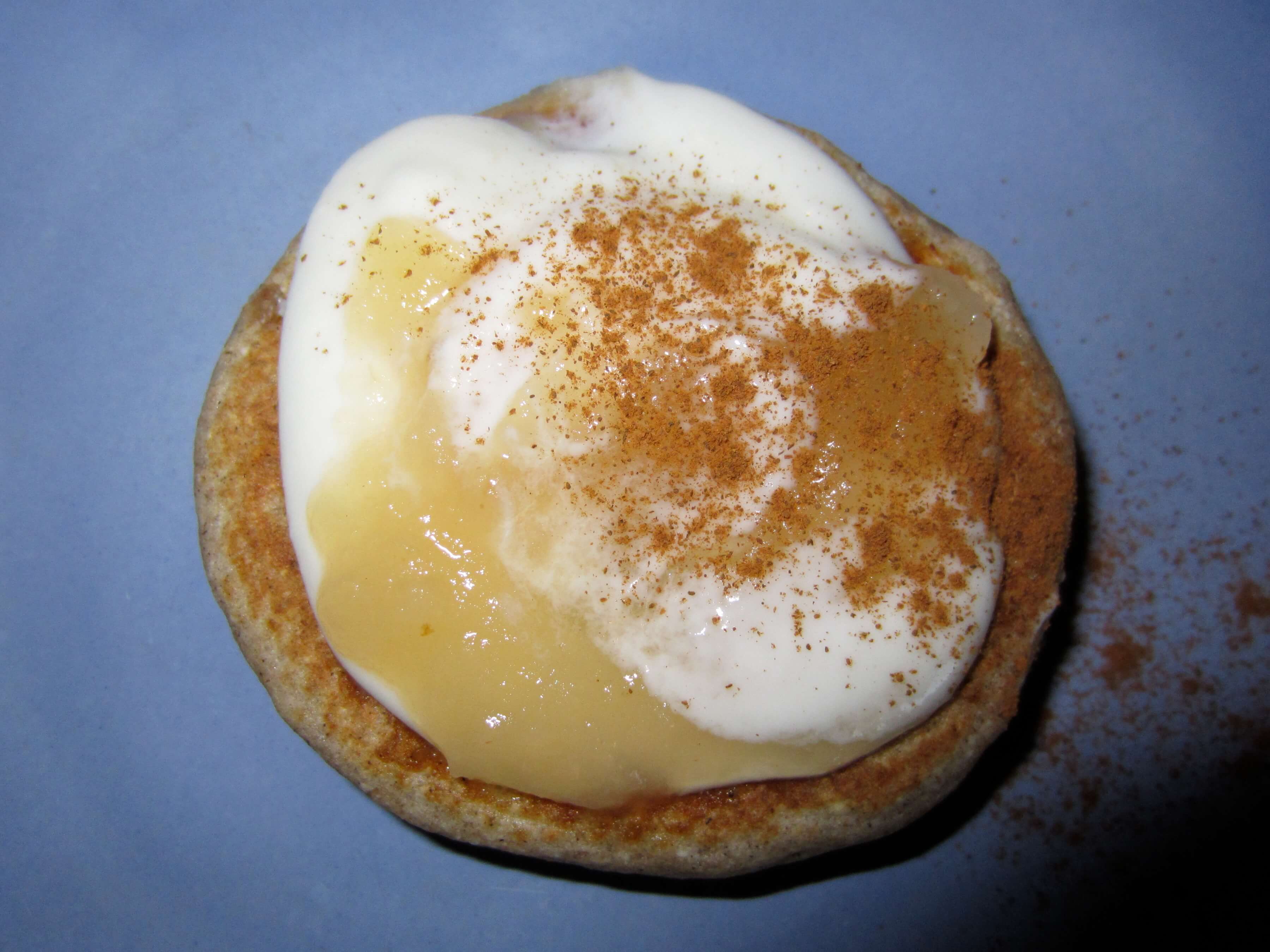 Have you heard the saying, “When life gives you lemons, make lemonade”?

Have you heard the saying, “When life gives you buckwheat, make pancakes“?…

Buckwheat pancakes taste like grainy cardboard. Syrup helps. But, I haven’t put syrup on Clara’s pancakes before. If I did, she’d probably just dip her finger in the syrup and suck on her finger. Then she’d have a squish fest with the pancake, shaking out milk from her cup on top to make a soggy mess that would end up on the floor and not her tummy.

I’ll put it off as long as possible anyway, for the same reason I haven’t given her apple juice. Why would she ever want to drink water if her cup could be filled with something sweet? I’ve always been anti-juice, even before having a kid. There is no good reason to drink the stuff and there are many good reasons not too. That’s another post though.

So when she tried a buttered buckwheat pancake with no syrup, she slowly pushed it back out with her tongue as if to say “bleck!”. I don’t blame her. I enjoy eating almost anything and have an open mind when trying new foods. But, grainy cardboard? Really? Nah.

Committed to my non-syrup pancakes, I got creative to make a nutritious topping for them. I grabbed some organic applesauce, plain yogurt, and cinnamon. She loved it, buckwheat and all. This picture should speak for itself.

2 Replies to “Getting Creative With Buckwheat”